Siam Park is a water park in Tenerife (southern part), Canary Islands, Spain. It is located on the TF-1 highway in Costa Adeje. All 18.5 hectares of Siam Park, including all rides, park buildings and restaurants, are decorated in a Siamese theme. The park was opened by a princess of Thailand. It belongs to the same owner as Loro Park, which makes it possible to buy double tickets that allow you to visit both parks at a discount.

Construction of Siam Park began in 2004 and cost 52 million euros. Originally it was planned to open in May 2007, but due to construction problems the park was not opened to the public until September 17, 2008. Initially the construction plan also included a roller coaster, but in order to speed up the opening date it was decided to abandon it.

The park is built on a hill. To save the island's water, Siam Park has desalination plants on site that desalinate 700 cubic meters of seawater per day. After the water is used in the rides, the park uses it to water the plants. 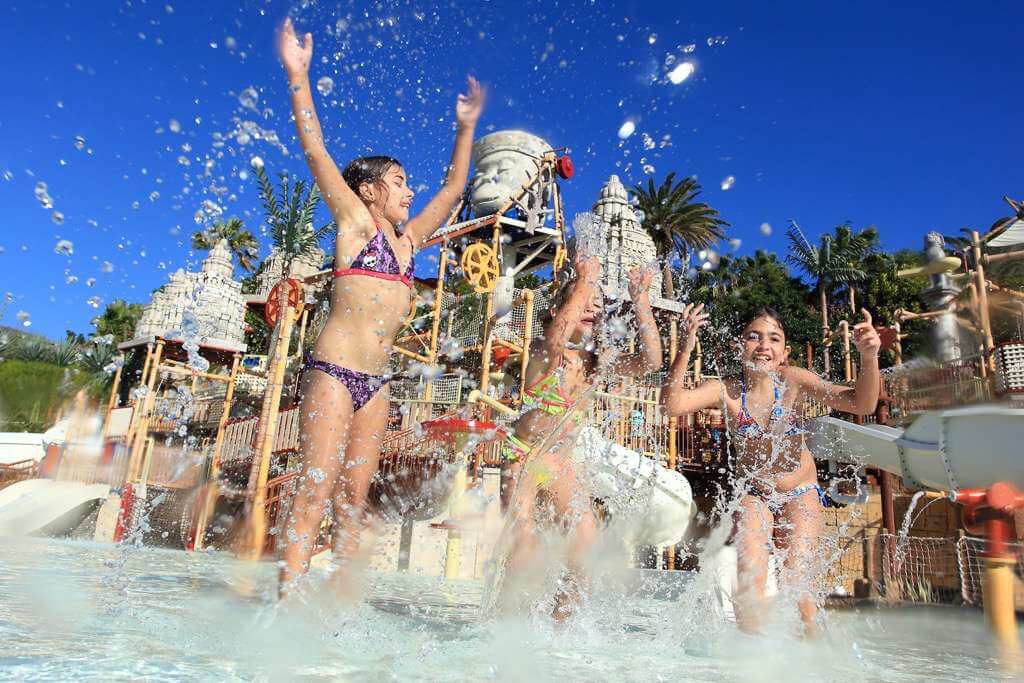 In addition to the water attractions, the organizers have made several bars and restaurants available to their customers:

In the company of how many people is it best to go to Siam Park?

Of course, it's more fun to go as a foursome - if we're talking about an adult group - to have a good time on the "quad" slides. It's much more fun to ride with friends or family than to stack your feet on unkempt strangers. You can have fun in pairs - a lot of people come to the water park in pairs, and you can easily find a "set" for a quadruple slide. If you have an odd number of people, you'll have to wait at the big rides: it can be difficult to find the missing person (or three) to go down, and not all slides are allowed to ride less than four people.

How to get to Siam Park